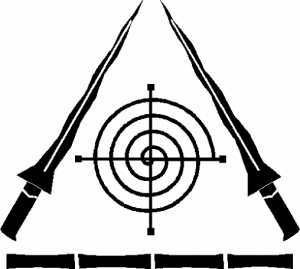 GrandMaster Van Donk promised his teacher face to face, eye to eye, before being passed the higher level teachings that he would not let his art die. With this Dynamic DeCuerdas Eskrima Distant Learning Course you can even study these teachings at home, with the secrets revealed to you level by level in a comprehensive system. Many things may seem simple to you but we assure you they are not. There are many depths to simplicity. An Eskrima Master is not in a hurry to share the secrets with anyone and so this transmission is special. Look to the hidden secrets taught in the open. We hope that you dedicate yourself to becoming a great Eskrimador. Be an example to others and of course please remember that we always keep a friendly attitude towards everyone in our training and respect all styles.

Serrada Eskrima – Listed here because GGM Tenio shared this with us.
Serrada Eskrima is in-depth, powerful, and perhaps the most well known of the Eskrima systems. It was founded by the late Grandmaster Angel Cabales. We address and practice the teachings of the Serrada system as taught to Master Van Donk by the late GrandMaster Tenio and the late Master Juan Eliab with the following modifications. In the DeCuerdas training we do not block with our sticks/blades down nor do we use wing blocks. The practice of lock and block is learned at a higher level as a sparring flow drill only and is actually a higher practice of reversing in total flow combat only taught to advanced level degree to only a few Serrada masters. 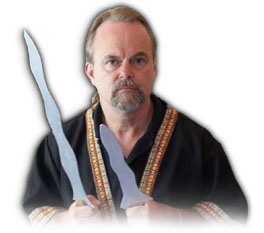 Eskrima is the traditional martial art of the Philippine Islands and has been called by many names, since what is known as ‘the Philippines’ is actually 1,000 small islands with many dialects. It is said that the mother name of all traditional Filipino martial arts was called Kali (Kales means sword) or Arnis later to be known as “Arnis de Mano,” derived from a Spanish word “arnés,” meaning defensive armor. The exact date of the origin of Filipino martial arts, however, remains unclear. There is much evidence to suggest that the arts existed long before the arrival of the Spanish. After the Spanish arrived the arts became even more necessary for defense of their country. Nowhere is there a better illustration of the power of Eskrima as is told in the famous story of Lapu Lapu, the greatest of Filipino heroes.
Wikipedia (http://en.wikipedia.org/wiki/Eskrima) lists the many current-day systems of Eskrima-Kalians, the story of LapuLapu (which is a great read), and the following other names of Eskrima/ Kali Arnis such as “estokada,” “estoque,” “fraile,” and “arnes de mano,” or simply “arnis.” Among the Tagalogs, it is known as “pananandata,” among the Pangasinan natives “kalirongan,” the Ilocanos call it “didya” or “kabaraon,” the Ibanags “pagkalikali,” the Pampanguenos “siniwali” and the Visayans “kaliradman” or “pagaradman,” and later on “esgrima” or “eskrima.”

The word “eskrima” is derived from the Spanish word “esgrima” which means fencing (or sword). The stick used in “Eskrima” is called an “olisi,” a “baston” or a “garrote. We use the term baston. The term “Eskrima” became popular in the early years when many of the Filipino Eskrimadors came to America. As luck had it, many of them settled in Stockton, California, whereGrandMaster Van Donk grew up and had the rare privilege to train with them. Eskrima legends like Gilbert Tenio, Angel Cabales, Leo Giron, and Max Sarmento, Dentoy Revalar, all from the Stockton, Ca. area, have greatly influenced the Eskrima arts in America. Today the reference to the traditional martial art is referred to as FMA (Filipino Martial Arts) out of respect for all the systems of study of these wonderful arts. In my humble opinion they are all one art with many approaches and ideas. I choose to call the art Eskrima, as my teacher did. Note that we spell it with a K and not a C as some others do. Why do we use the k? When I asked my teacher about it he replied that, “There is no C in my Filipino dialect where the true DeCuerdas comes from.” Well, that’s a good enough answer for me – and besides, however he chose to spell it, even with a G or a Z, that’s how I would spell it too.